Today’s blog is focussing on dating with a disability, but probably covers more that you are expecting!

What an interesting week I just had. It has been the first virtual festival from ‘Love Abilities’ which has presented loads of really quality teaching, debate and panel discussion on a broad range of subjects relevant to sexuality and disability. From ‘Disability, Sex and the Law’, ‘Menstruation after Spinal Cord Injury’, ‘The Science of Sex’, ‘Sex Ed for parents of kids with a disability’, ‘Romance’, ‘Consent’, and ‘Self-defence’ – through to ‘The Art of Tease’, ‘BDSM and Disability’, and ‘Tantra’ and loads more besides, all were presented in a very balanced, sensible manner, accessible to most and there was something to learn from every session.

Of particular interest to me was the session about dating with a disability which was moderated by my dear friend and colleague Michelle Acton. I recently did a piece of work with 2 guys, both wheelchair users following very different traumatic injuries, who discussed their own experiences and thoughts about disclosing their disabilities ‘up front’ on dating sites (specifically Tinder). The dilemma for them was – do you disclose right away, in which case you are likely to be avoided by a majority of people who aren’t even curious enough to get to know you, or, do you say nothing, let a conversation and relationship develop and reveal later, accepting the possibility of a more hurtful rejection? Of course, there is no single right answer…it’s a very individual decision and choices probably change through experience. I have to say though, that some of the responses that they had endured were really painful, so much so that I couldn’t believe that other humans feel that it is ok to say things like ‘What are you doing on here? It’s a place for NORMAL people’…and ‘I don’t want to be your carer, thanks’ despite that fact that both are incredibly independent wheelchair users and need no such care.

The panel conclusion on dating per se, was the same as mine, it is an individual decision that should be considered – and perhaps supported by a close friend or relative who can hear these vile comments and hold you when they really sting.

Slightly more disturbing was a discussion brought by one of the panellists about ‘devotees of disability’. Now, I confess that I had never heard of this and so let me explain what was said.

One expert panellist (Dick Bruno) explained that this is a kind of club of usually (but not exclusively) men, who are ‘devoted’ to people with disability for at least one of three reasons – either they are devoted to women with disability (with or without an element of fetishism associated to the person or their mobility equipment), or they are wannabe’s (who wish they themselves were disabled) and pretenders (people who pretend to have a disability). None of this is a new phenomenon, though expert psychologists are unsure how to categorise it, and it is not restricted to the western world. – see Bruno, Richard. (1997). Devotees, Pretenders and Wannabes: Two Cases of Factitious Disability Disorder. Sexuality and Disability. 15. 243-260. 10.1023/A:1024769330761.

There is also apparently an element of sharing in some such clubs…that is, sharing the phone numbers and/or pictures of mainly women with disability who seem to be up for meeting someone. The take that Dick had was very much one of caution and concern since, generally devotees don’t reveal their ‘club membership’ in advance of a date and his disquiet was around the idea that they are not particularly interested in the person as a person…just their chair, or their physical restrictions, though this is disputed in other literature – see https://medium.com/@ruthmadison82/what-is-disability-devoteeism-2b0c609e2452

The women on the panel from Enhance the UK – Love Lounge (they have a great service answering sexual questions from people of all disabilities), had a slightly different take. One has filmed a documentary for BBC3 some years ago on this very subject and went to the States to investigate and her conclusion was that there is a balance to all things – some people feel very liberated by having devotees in their life and sexually affirmed, but that also we should be educating people about both the positives and the dangers, so that they can apply their awareness in dating situations, ask about someone’s dating history and consider whether this is something that would be acceptable to them or not.

The downside of continual caution is that people may be so afraid of going out and dating in case their date turns out to be a devotee, that folks become socially isolated and remain in the sexual void that society has created for them. Whilst the female panellists agree that devotees are out there, they stated that in their very large circle of friends with very different disabilities, they have never known that someone has been targeted by a devotee and as long as someone is not in danger of harm, (which lets face it is a concern for everyone exploring new relationships and experiences) then an open mind, curiosity and consideration of what a relationship with a devotee might mean ‘for you’ is advised. Couldn’t it be true that a person who wants to love someone who is ‘different’ is a positive, not a negative? Is it not just that society is challenged?

The panel discussion moved on in another direction – no less interesting, but afterwards I was very keen to learn more about devotees and to perhaps hear from a devotee… and quick search on Google brings up lots of possibilities for further reading, from both sides of the debate. I’m not going to spell it all out for you, but it IS worth an hour of your life to go and read, disabled or not. It is also worth connecting with Love Abilities on facebook and being ready for a second festival sometime in the future.

What else has been happening this week? Well it is Invisible Disabilities Awareness Week too. I do lots of work with the IBD and ostomy communities and in the world of SCI and continence and so having discussions with the unsuspecting about both topics has been part of my week. A question was raised at a forum I was part of recently – the ostomy community are all about acceptance and spreading the word that having a bag on your tummy is NOT shameful, yet to be incontinent is still one of the biggest taboo’s, how can we tackle this? Answers on a post-card please! I’d love to break this social taboo. We’ve had a start through advertising of disposable pants for adults ‘I’m not going to let a little bit of wee, stop me being me’, but there is a long way to go. Surely, we are all massively empathic if someone has an ‘accident’? If we’re not, we jolly well should be! What if a ‘little bit of poo, stopped you being you?’ You can get involved here – https://invisibledisabilities.org/seminarsandevents/invisible-disabilities-week/

Before I sign off for today, I wish to advertise DAD which is normally a BIG, BIG pan-disability festival in Warrington – started by my pal Dave Thompson MBE in the 1990’s. Disability Awareness Day has had to move online too and there is loads going on, will be very innovative and is on on Sunday 25th October. You can find out more here – https://dadvirtual.org.uk/ 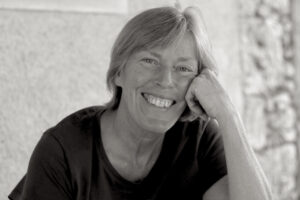 I’ve been reading a compendium of Sherlock Holmes on my Kindle, in French.  It’s quite a work-out for my language challenged brain I can tell you, but it was free to download and its great Read more…

Loss of libido or desire discrepancy?

I’ve been thinking a lot about touch these past few weeks. I have a couple of clients who have brought touch-related issues and I have contact with a young woman who feels very strongly that Read more…

We use cookies on our website to give you the most relevant experience by remembering your preferences and repeat visits. By clicking “Accept”, you consent to the use of ALL the cookies.
Cookie settingsACCEPT
Manage consent

This website uses cookies to improve your experience while you navigate through the website. Out of these, the cookies that are categorized as necessary are stored on your browser as they are essential for the working of basic functionalities of the website. We also use third-party cookies that help us analyze and understand how you use this website. These cookies will be stored in your browser only with your consent. You also have the option to opt-out of these cookies. But opting out of some of these cookies may affect your browsing experience.
Necessary Always Enabled

Performance cookies are used to understand and analyze the key performance indexes of the website which helps in delivering a better user experience for the visitors.

Analytical cookies are used to understand how visitors interact with the website. These cookies help provide information on metrics the number of visitors, bounce rate, traffic source, etc.

Advertisement cookies are used to provide visitors with relevant ads and marketing campaigns. These cookies track visitors across websites and collect information to provide customized ads.

Other uncategorized cookies are those that are being analyzed and have not been classified into a category as yet.